Roly Nelson is a serial teardrop builder and pilot who kept his latest teardrop trailer a secret until last week's International Redwood Gathering. The secrecy completely matched this clandestine camper and Roly's F-117 "Stealth" Camper stole the show at the event. 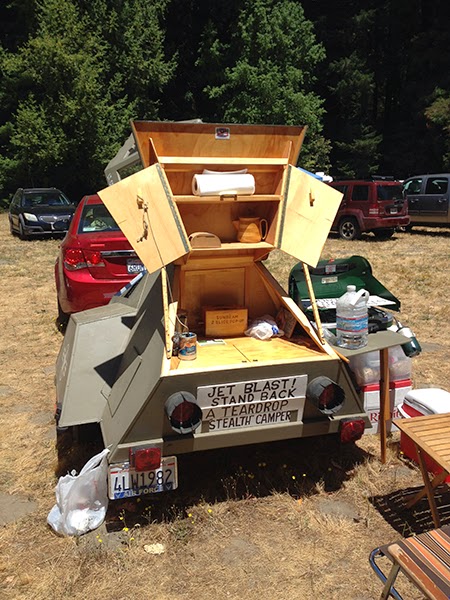 Roly wanted his newest wooden build to look just like the F-117 fighter, but without the wide wings that might take out vehicles in neighboring traffic lanes. The cockpit holds Roly's twin bed which has Air Force themed flannel sheets and the interior is papered with air traffic charts. Roly's two small dogs sleep at his feet.

The galley is small, but has room for storage space, access to the interior and a few shelves that close up with wooden doors. Fun details like a jet blast warning sign and "Step" and "No Step" labels make his teardrop even more fun to look at. 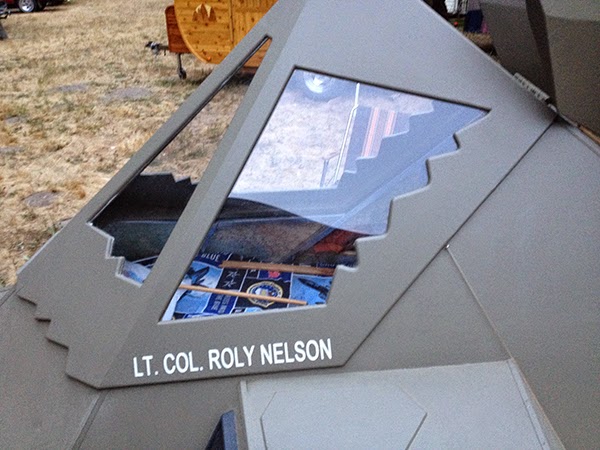 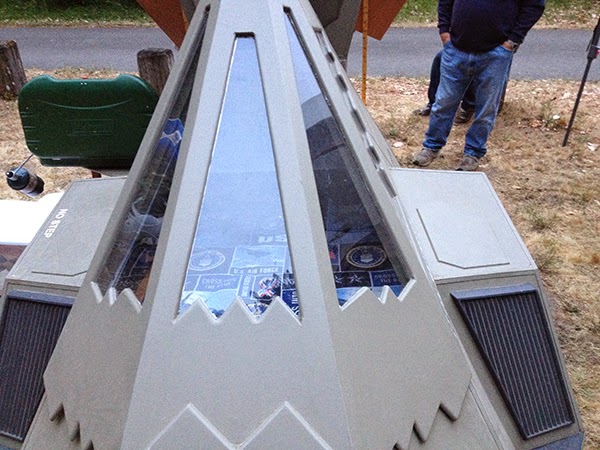 Roly said that each time he's taken out the F-117, nearly every person who passes him on the road slows down to take a look—hence the sign in the window of his tow vehicle. 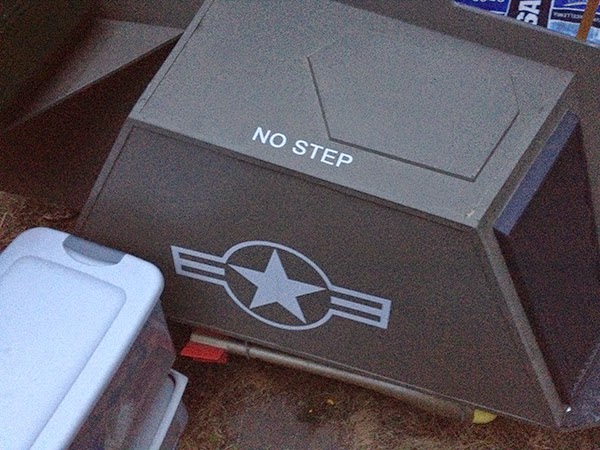 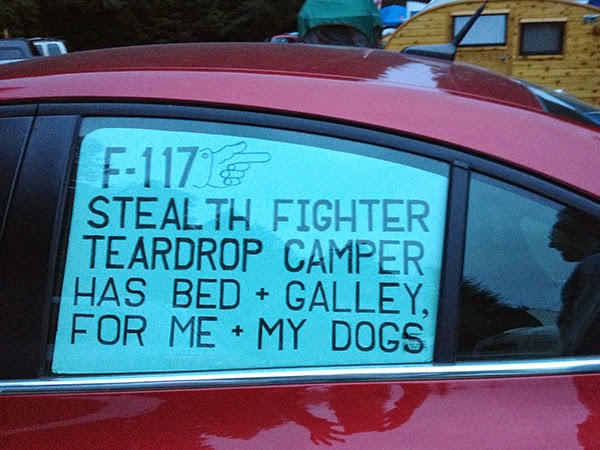