A few weeks ago we were finally able to shake the snow off the Sunflower and head into the Southwest for some desert camping, whitewater rafting, and a stunning hike out of the Grand Canyon. 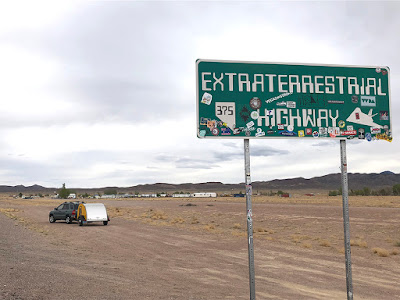 Our primary goal on this particular trip was a motorized river rafting trip down the Colorado River through the upper portion of the Grand Canyon. For certain this is an item on many bucket lists, so were were so excited to finally do it. We booked a four-day trip with Hatch River Expeditions out of Marble Canyon, Arizona with a hike out of the canyon on the infamous Bright Angel trail up to the South Rim of the canyon. 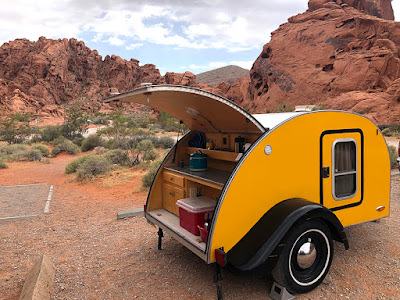 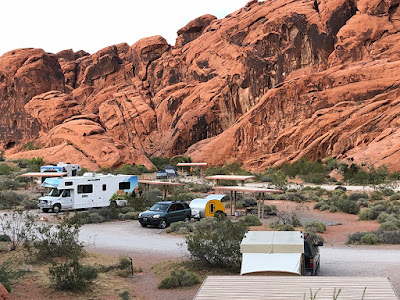 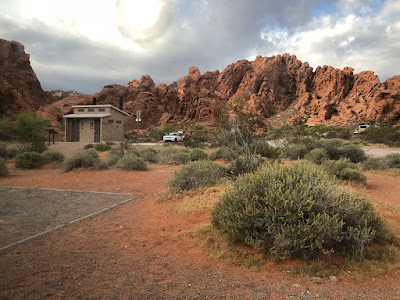 Our trip began with a drive down the Extraterrestrial Highway and a few nights in Valley of Fire State Park near Las Vegas. The oldest and largest state park in Nevada is a gem. Full of red sandstone, petroglyphs, great hiking and storm skies, this place is now one of my favorite places to camp. The teardrop attracted a lot of attention from the primarily European RVers traveling through the American Southwest. 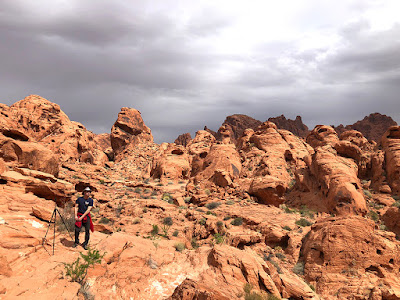 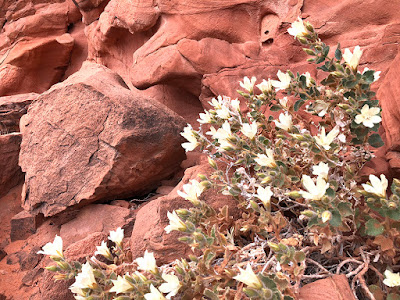 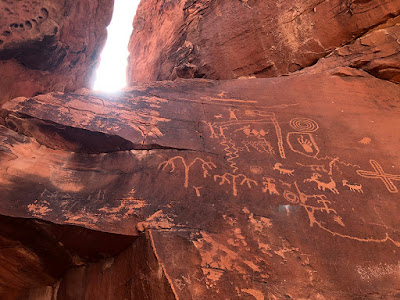 When we arrived in northern Arizona (through a snowstorm near the North Rim), we were able to park the teardrop and our vehicle near the river raft headquarters and then we started on our adventure. The trip consisted of two large rafts, three guides, about 20 passengers, camping on riverside beaches, delicious food, and freezing cold rapids. It was a blast and recommended for anyone who loves the the outdoors and doesn't mind roughing it a bit. 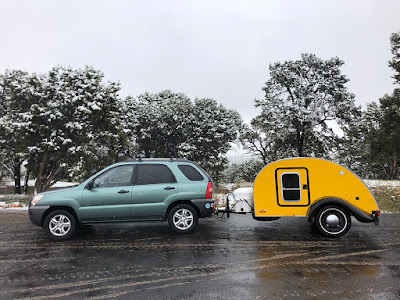 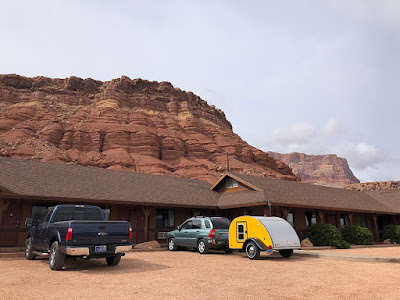 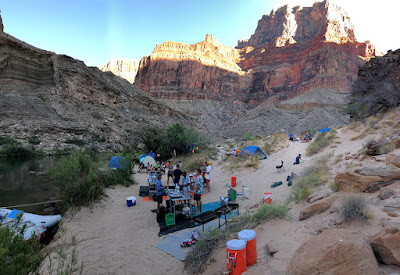 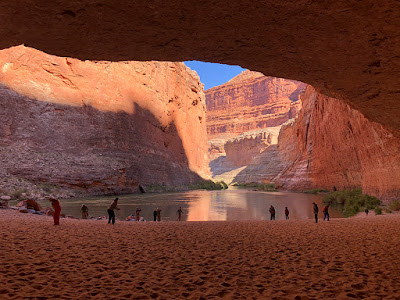 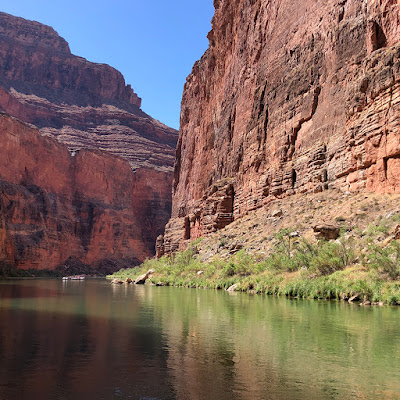 The hike out of the Grand Canyon is not for beginners. We were happy we had already backpacked Mount Whitney because the Bright Angel Trail is hot and a lot tougher than we thought it would be. While the hike was just over eight miles and very beautiful, the steep terrain and log steps made the relatively short hike take a long time. We started at 5:30 in the morning and got to the top at around 1:00 pm. I drank over six liters of water—incredible since the temperature never got over 70 degrees. 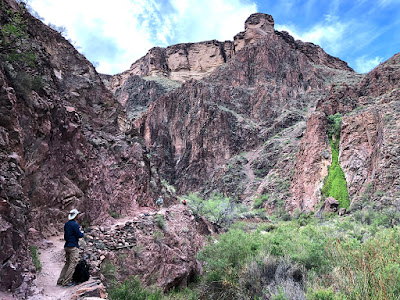 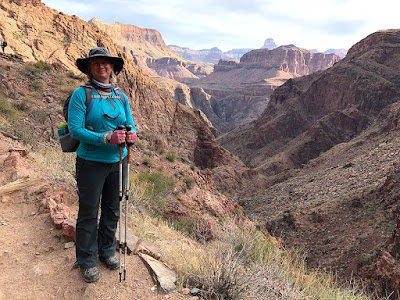 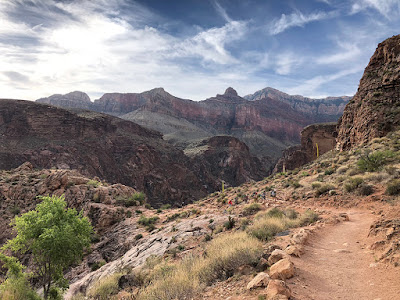 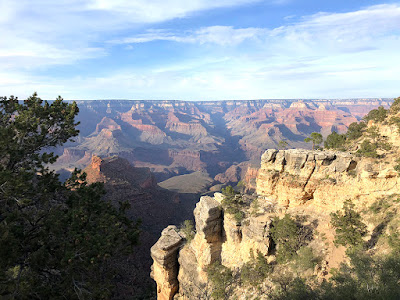 On our trip back home we stopped at another bucket list location: Cathedral Gorge State Park. This odd and haunting place in Nevada near the Utah border has eerie formations created from erosion eating away at bentonite clay pillars. Several of these formations create narrow caves that you can explore. The farther you go in, the cooler it gets since the desert sun can't penetrate the interior. 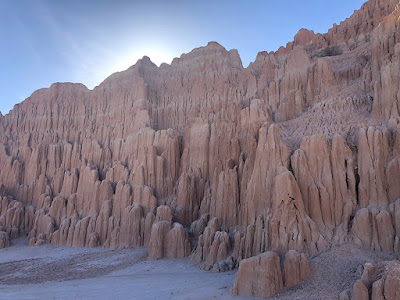 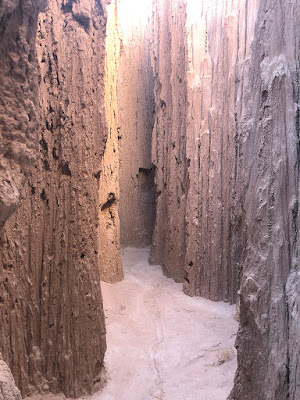