When my husband and I got married 15 years ago, we did not have a teardrop trailer. As big fans of tent camping, we never even considered a tiny camper until several years later. After nearly 10 years of teardrop camping, the Sunflower is still an excellent wedding anniversary (or belated honeymoon) getaway. 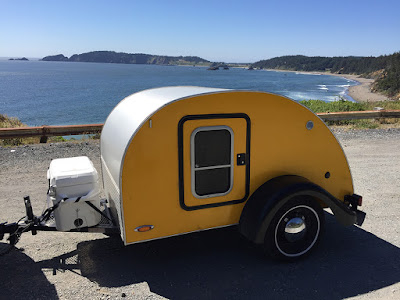 Our latest trip was a 10 day trek to the Oregon Coast and Northern California to escape the heat of the desert interior. We took a similar trip many years ago and didn't have to book any of our campsites. Unfortunately, the number of people visiting this area has increased and campgrounds fill up very quickly. We ended up having to book sites at several KOA campgrounds and hope for the best. 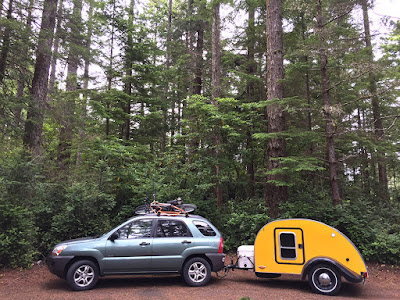 We were pleasantly surprised by a few of them. One night was spent at the KOA near Mount Shasta and one at the KOA in Grants Pass, Oregon. The Grants Pass location actually had their own wonderful swimming holes. We'll be going back to that one. 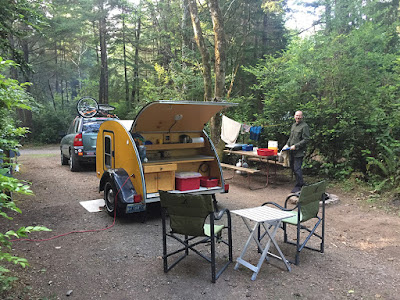 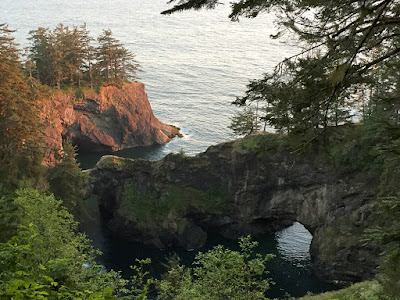 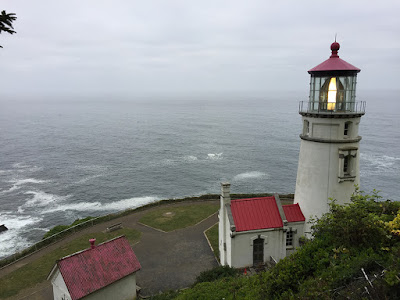 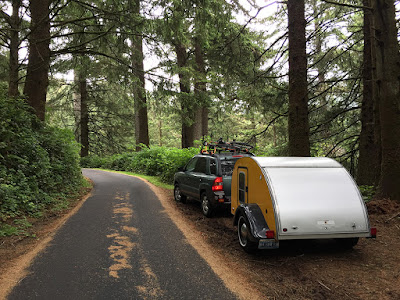 The Bandon/Port Orford KOA was a quiet, tree-filled delight close to windy Cape Blanco and Bandon restaurants. It was a perfect place to enjoy the coast without getting blasted by wind or cold. We also stayed one night at the Heceta Head Lighthouse (where we originally proposed to each other) and were lucky our tiny trailer fit down their tiny road. 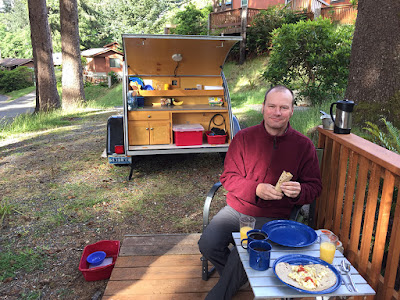 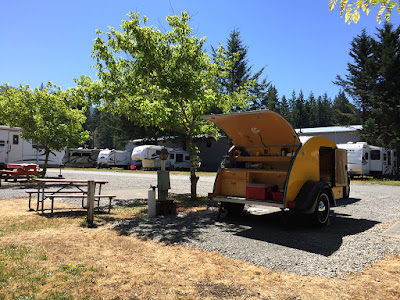 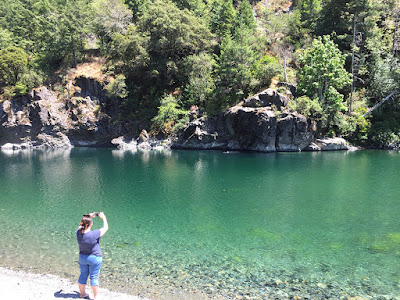 The last locations included Whaleshead Beach Resort near Brookings and the Redwood Meadows RV near Jedediah Smith State Park and the Del Norte Redwoods. While the Redwood Meadows was conveniently located near the redwood hikes and Smith River swimming holes, it was packed full of larger RVs. We were a curiosity in that campground. We had visited Whaleshead before and stayed in a rental cabin that overlooked the coast. This time, our campsite was meant to be for a larger RV, but had plenty of room for us. 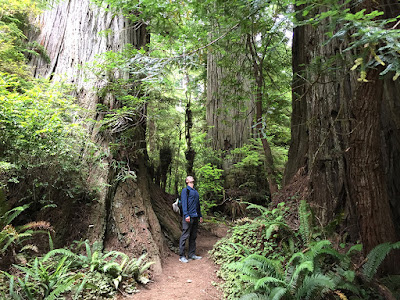 Out of all the places we stayed, we were consistently the smallest trailer around.