We have been to some amazing places in our teardrop trailer like Crater Lake, Yellowstone and the Grand Canyon, and there are some interesting places we still want to go to. For some reason we have never made it to Cathedral Gorge in eastern Nevada, but once I saw photos online of the amazing rock formations, I had to add it to my growing list. 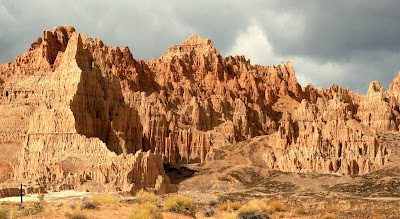 Some other unusual places we want to take the teardrop camping is White Sands National Monument in New Mexico (along with the funky Truth or Consequences, NM), the Saguaro National Park near Tucson, Arizona, Fort Wilderness at Walt Disney World and the Leinenkugal Brewery in Chippewa Falls, Wisconsin. 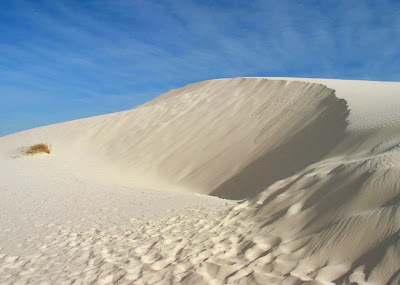 The reason we call these places unusual is that they are not your typical parks or campsites. The White Sands National Monument has regular missile testing nearby and you can sled down the white dunes like you would down mountains of snow. Saguaro National Park, while hell in the summer, is heaven in the winter and spring. The Fort Wilderness campsites at Disney World in Florida are expensive, but what a great way to stay in the park and avoid the traffic and lines for the buses. On the TNTTT forum, asianflava has a good review of the Fort Wilderness campground. 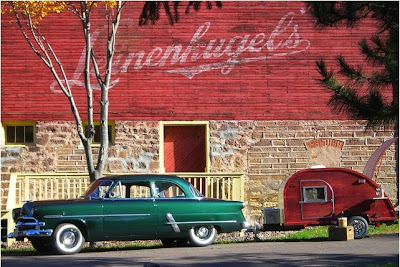 As for the Leinenkugal Brewery and the Leinie Lodge in Wisconsin. One of the first photos I saw of a teardrop trailer was Big Woody Camper's photo of one of their handcrafted woody trailers in front of the brewery. In addition, one of my favorite book characters, Anna Pigeon of Nevada's Barr's mystery series drinks Leinenkugal beer and their Sunset Wheat is hands-down my favorite camping beverage. I don't think we can camp there, but a photo in front of the brewery is going to be necessary.

Where is an odd or unusual place you want to take your teardrop trailer?